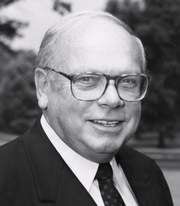 One of the most instrumental people behind the creation of USA Diving as we know it today recently passed away. Cincinnati Philanthropist Mr. Richard Lindner died on Saturday January 16, 2010 at the age of 88.
Mr. Lindner was the owner of Thriftway Grocery Stores -- at one time the 2nd largest privately held company in Cincinnati, OH and was one of the people who helped the sport of diving break away from swimming and the AAU to become it's own entity in the late 1970's. Mr. Lindner was an original member of the United States Diving Foundation Board of Trustees, and a major contributor to USA Diving through the Helen Gill Lindner Memorial Fund which was created after the death of his wife in 1977. Over $100,000 in support of sports medicine and sports science came from this donation.
Mr. Lindner's daughter Carol was a diver who was coached by Rick Early, Wynn Young and ultimately Hobie Billingsley. Hobie remains a very close family friend.
According to Todd Smith (former Executive Director of USA Diving), "Rich was a very special person, the type that can never be forgotten."
Memorial contriubtions may be sent to the following charitable organizations:
Armstrong Chapel United Methodist Church * 5125 Drake Road * Cincinnati, OH 45243
St. Joseph Home * 10722 Wyscarver Road * Cincinnati, OH 45241
Posted by Steve Voellmecke at 6:19 AM